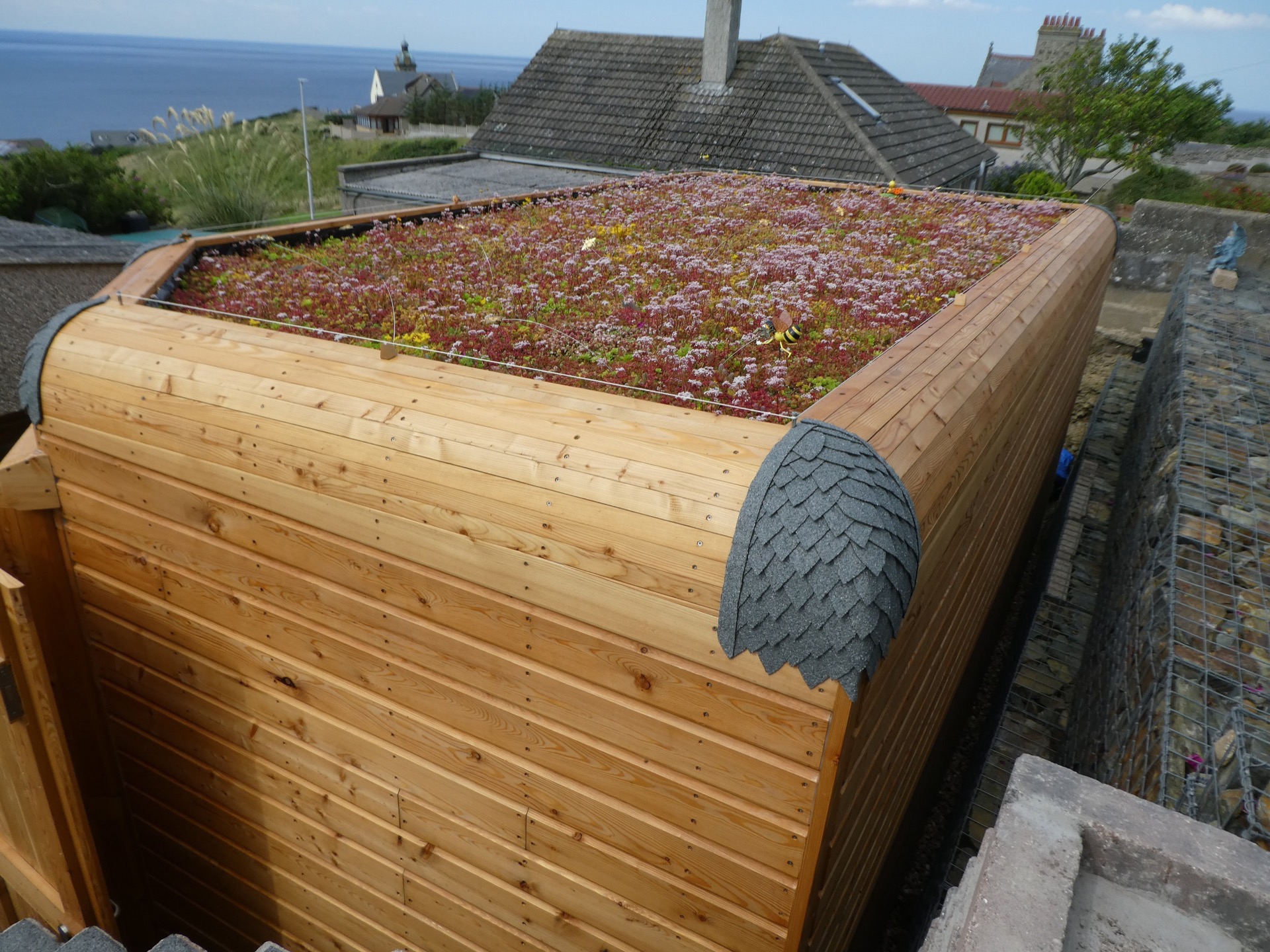 Inventive Ways to Use a Green Roof

Inventive Ways to Use a Green Roof

You might think a product named a “green roof” would always be used on a building’s roof, but that’s not necessarily true. The GrufeKit (Green Roof Kit) is a versatile product that can be used in dozens of places. Its easy installation and maintenance makes the GrufeKit a great choice when adding greenery to hard-to-reach areas. GrufeKits offer an easy way to add greenery to a variety of unusual spaces, so why not experiment with it? We’ve put together a list of inventive ways to use a green roof, to show you all the ways you can use this feature to your advantage.

Unsurprisingly, the most common place to install a GrufeKit is on a rooftop.  Green roofs are a fantastic way to add a green space in urban areas.  Many dense cities have little available space on the ground level, but their buildings have empty flat roofs.  The best locations for a green roof are often spaces that are otherwise lacking in plant life.  Green roofs are particularly useful on buildings with flat roofs, as they assist with stormwater dispersion.  With a standard flat roof, water can sit undrained and cause issues with the building.  Roofs made of traditional materials must use drainage systems or an angled shape to remove excess rainwater.  The runoff this creates can exacerbate flooding and cause issues with the building and local drainage systems.  A green roof absorbs between 60% and 100% of the rainfall that hits it.  The water that isn’t absorbed is released over a couple of hours.  This dispersion method is much less disruptive on local drainage systems and does not damage the building.

A GrufeKit is a wonderful way to create a garden space in an unexpected setting.  GrufeKits have been used to create garden of all shapes and sizes in indoor and outdoor spaces.  Studies have shown that garden spaces make places like offices, hotels, and hospitals more welcoming.  Products like the GrufeKit make green spaces more accessible, as they can be installed and maintained in a variety of environments.  This creates a place for an office worker to enjoy a break, or for a wheelchair-bound hospital patient to get some fresh air.  Creating a garden space also improves air quality, so the entire building can benefit from the installation.

GrufeKits are a fantastic way to create a green space because they can include a selection of flowers and other colourful plants.  Your GrufeKit can be customised to feature local plants, and to bloom seasonally or all year round.  A garden space is different to a standard green roof because it features more than grass.  Wildflowers, meadow grasses, and varieties of sedum can all be used to add colour and shape to a garden space.  GrufeKits can be used to create vibrant garden spaces that boost morale and create a healthier place to be.

A green roof is a great way to create sound insulation without using environmentally damaging materials like plastic.  Green roofs have been shown to absorb up to 30% of noise pollution, which can be particularly useful in an office environment or for any building in an urban area.  A study by Ghent University found that installing a green roof can decrease disruptive noises such as airplanes and road traffic.  Green roofs are a great choice for sound insulation because of a combination of factors including their physical weight and the way sound waves interact with the roof’s substrate layer.

When sound waves hit a traditional roof, the hard, rigid material lets some of the sound through into the building, reflecting the rest.  When sound hits a green roof, each layer plays a different part in reducing the amount of noise that makes it through to the building.  The soil and trapped air tend to block lower sound frequencies, while the plants tend to block higher frequencies.  Some of the sound is reflected by the physical mass of the roof, while some is absorbed as it travels through the layers of materials.  This combination makes green roofs an especially effective sound insulation option.

Sometimes, there isn’t enough room for a garden or a conventional green roof. Every property comes with its own challenges, and GrufeKits are a versatile product that can be adjusted to fit the project.  A great example of this is the work Transport for Greater Manchester, SimpsonHaugh Architects, and ANS Global did in the Deansgate-Castlefield Metrolink Station.

This tram station was an interesting project because the available space was a very unusual shape.  However, GrufeKits can easily be cut to any shape, so we were able to install GrufeKit tiles all across the station floor.  Every possible inch was covered, including between the tracks and underneath the trams.  This project was a great opportunity to show just how creative you can be with a GrufeKit.

The project also used living walls to create a similar affect in other areas of the station.  By using living walls and green roofs together, a multi-level landscaping project was created.  The Deansgate-Castlefield Metrolink Station is a very busy area which caters to thousands of people every day.  Commuters, families, tourists, and travellers interact with this space on a daily basis.  The transformation means these people will experience the space in a healthier and more positive way.  By using GrufeKits, this station has a new look that benefits the people using it and showcases the versatility of green roof tiles.

No matter the project, GrufeKits are an eco-friendly way to add greenery to a space.  GrufeKits allow you to add plant life and create cleaner air while also minimising noise pollution and water damage.  GrufeKits can be customised and adapted easily, making them a great choice for unusual spaces.  Whether you’re creating a rooftop garden or redesigning a tram station, GrufeKits mean you can do it perfectly.